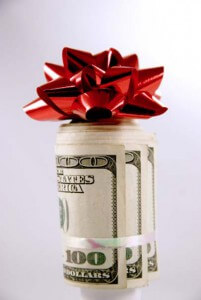 Today, the US Department of Labor announced its Final Rule that will extend overtime pay to workers not previously eligible under the Fair Labor Standards Act (FLSA). Although the FLSA ensures minimum wage and overtime pay protections for most employees covered by the Act, some workers, including bona fide executive, administrative, and professional (“EAP”) employees, are exempt from those protections. Employees covered by the FLSA must receive overtime pay for all hours worked over 40 in a workweek at a rate not less than one and one-half times their regular rate of pay.

The Final Rule focuses primarily on updating the salary and compensation levels needed for EAP workers to be exempt. The Department last updated these regulations in 2004, when it set the weekly salary level at $455 ($23,660 annually). Specifically, the Final Rule:

To qualify for exemption, a white collar employee generally must:

The Final Rule also amends the salary basis test to allow employers to use nondiscretionary bonuses and incentive payments (including commissions) to satisfy up to 10 percent of the new standard salary level. The Final Rule makes no changes to the duties tests.

Employers have a range of options for responding to the updated standard salary level. For each affected employee newly entitled to overtime pay, employers may:

The effective date of the Final Rule is December 1, 2016. The initial increases to the standard salary level (from $455 to $913 per week) and HCE total annual compensation requirement (from $100,000 to $134,004 per year) will be effective on that date. Future automatic updates to those thresholds will occur every three years, beginning on January 1, 2020.