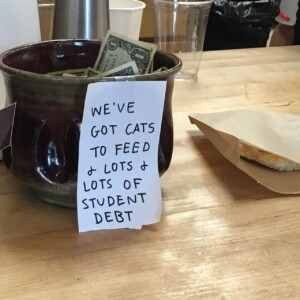 On December 04, 2017 the U.S. Department of Labor (DOL) published a notice in the Federal Register announcing its decision to rescind controversial regulations which restrict an employer’s use of employee tips regardless of whether he pays the full federal minimum wage. The move comes as no surprise since the agency announced this move as part of its 2017 regulatory agenda, and earlier this year halted enforcement of the regulation in anticipation of this action.

Under the federal Fair Labor Standards Act, the employer of an employee who regularly receives more than $30 in tips per month are permitted to use a specified portion of those tips towards payment of the minimum wage. This is often referred to as a tip credit, as the employer may “credit” up to $5.12 per hour in tips towards the full cash wage of $7.25. The law specifies that use of a tip credit is not allowed unless “all tips received by such employee have been retained by the employee,” except in the case of tip pooling arrangements composed entirely of tipped employees(29 U.S.C. 203(m)).

In 2011, DOL issued regulations to clarify that “tips are the property of the employee [who received them] whether or not the employer has taken a tip credit.” The regulations state that, as a tip is a gift or gratuity presented by a customer in recognition of service, the customer “has the right to determine who shall be the recipient of the gratuity” (29 C.F.R. 531.52).  They also specify that, while employees can engage in “tip splitting” by voluntarily giving a portion of their own tips to non-tipped employees, a mandatory tip pool imposed by an employer “can only include those employees who regularly and customarily receive tips” (29 C.F.R. 531.51).

The regulations have been challenged a number of times and have been held invalid in the Fourth, Tenth, and Eleventh Circuits. DOL cited these litigation challenges, as well as the increase in state minimum wage laws which prohibit employers from claiming a tip credit, as part of their reasoning for rescinding the regulations. The Proposed Rule also states that the agency has “serious concerns that it incorrectly interpreted the statute… to apply to employers that have paid a direct cash wage of at least the full Federal minimum wage and serious concerns about those regulations as a policy matter.”

The Department now proposes “to rescind the parts of its tip regulations that bar tip-sharing arrangements in establishments where the employers pay full Federal minimum wage and do not take a tip credit against their minimum wage obligations”. Until January 04, 2018, members of the public are invited to submit comments on the rescission of this regulation, as well as to answer questions about practices in employer retention or reallocation of tips, including the prevalence of employer-required tip pools and the type of employees who are commonly included, and whether or not commenters believe that customer tipping behavior will change as a result of the adoption of the proposed rule.