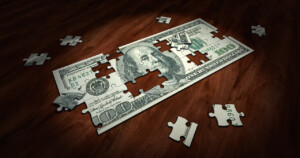 The federal appropriations bill for fiscal year 2018, which was signed into law on  March 23, brought an end to uncertainty on two fronts: it put a stop to the short-term spending bills that have been keeping the government afloat since the end of fiscal year 2017, and it created a fix for the tip pool controversy that has raged on in one form or another since Congress began allowing the use of a tip credit in 1966.

The spending bill closes  a loophole in the federal Fair Labor Standards Act (FLSA) which would have allowed employers to keep tips earned by an employee, so long as they paid the employee the full federal minimum wage. Although most employers who took advantage of the law used employee tips only to raise the wages of other employees, such as cooks and dishwashers, some employers did choose to maintain employee tips to reinvest in the business or to supplement their own pay.

The new law explicitly prohibits employers (including managers and supervisors) from “keeping” an employee’s tips, but may allow employers who pay their tipped employees the full federal minimum wage to create a tip pool which includes workers who do not regularly receive tips. 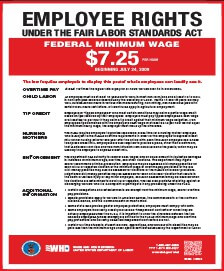 Under the FLSA, employees must be paid at a rate which meets or exceeds the minimum wage of $7.25 per hour. However, employers of employees who receive at least $30 per month in tips may take advantage of what is commonly referred to as a “tip credit,” which allows the employer to pay a specified portion of the minimum wage using tips given to the employee. Employers who wish to take advantage of the tip credit must pay employees a direct cash wage of at least $2.13 per hour and, if the employee’s direct wage plus tips do not meet or exceed the minimum wage, any amount required to make up the difference.

Prior to the new amendment, the FLSA stated that use of a tip credit is not permitted unless “all tips received by such employee have been retained by the employee” (29 U.S.C. 203(m)). However, the tip credit could still be used for employees who chose to participate in a voluntary tip pool arrangement with other tipped employees.

The law did not address the ownership of tips in cases where the employer chose to pay employees the full federal minimum wage rather than employ a tip credit, which has led to an interpretive split between federal courts as well as substantial confusion for hospitality employers and enforcement agencies. This has been a particular concern in states which have passed laws to prevent employers from using a tip credit, and which instead require payment of the full state minimum wage. 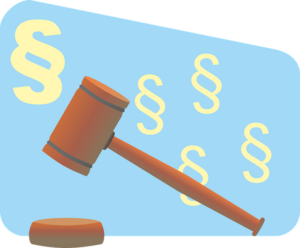 In 2011, U.S. DOL issued regulations to clarify that “tips are the property of the employee [who received them] whether or not the employer has taken a tip credit.” The regulations state that, as a tip is a gift or gratuity presented by a customer in recognition of service, the customer “has the right to determine who shall be the recipient of the gratuity” (29 C.F.R. 531.52).

The rule also specifies that, while employees can engage in “tip splitting” by voluntarily giving a portion of their tips to non-tipped employees, a mandatory tip pool imposed by an employer “can only include those employees who regularly and customarily receive tips” (29 C.F.R. 531.54).

Employee organizations argued that the rule was necessary to prevent employers from appropriating employee tips for whatever purpose they liked, including simply keeping them for the employer’s use. However, it has been a bane to many employers who prefer to create tip pools which include employees who don’t receive tips, such as cooks and dishwashers, in order to avoid pay disparity between “front of house” workers like waiters and “back of the house” workers who do not interact with customers but who are nevertheless essential to service.

In December of 2017 DOL moved to rescind the 2011 regulations, noting that three of 12 federal Circuit Courts had already held that DOL did not have the authority to promulgate such expansive rules. As such, the “tip pool” rule was already invalid in 14 states.  The Proposed Rule also stated that the agency has “serious concerns that it incorrectly interpreted the statute… to apply to employers that have paid a direct cash wage of at least the full Federal minimum wage and serious concerns about those regulations as a policy matter.”

Although DOL ‘s intended purpose was to “rescind the parts of its tip regulations that bar tip-sharing arrangements” arranged by employers who pay the full federal minimum wage, the move prompted concern from organizations and individuals who believed that revoking the rule could lead to employers or managers “stealing” tips from workers for their own purposes. A recent decision in the 10th Circuit seemed to bear that fear out, as the Court found that an employer who paid his employees the federal minimum wage was justified, under the plain text of the FLSA, in maintaining all employee tips for his own use.

2018 Spending Bill Closes the Loop with a Compromise

Although Labor Secretary Acosta reportedly found it unlikely that employers would take tips for purposes other than an employee tip pool, he also stated that ultimately it was up to Congress to design a legislative fix. Senator Patty Murray (D-WA) responded to this challenge and worked with Secretary Acosta to design a legal compromise.

The amendment authored by Senator Murray adds the following clause to the definition of “wage” under the FLSA: “An employer may not keep tips received by its employees for any purposes, including allowing managers or supervisors to keep any portion of employees’ tips, regardless of whether or not the employer takes a tip credit” (Consolidated Appropriations Act 2018, Title XII). The bill specifies that the portion of the 2011 tip pool regulations which are not addressed by this definition”have no further force or effect” until DOL takes further action. This includes 29 C.F.R. 531.54, which defined a “valid mandatory tip pool” as consisting of only “those employees who customarily and regularly receive tips.”

The Murray rider also adds new penalties for illegally keeping employee tips. An employer who violates the prohibition on tip retention will be liable to the employee for the sum of any tips taken from the employee and any tip credit taken by the employer, as well as liquidated damages equal to the same sum. Employers will also be subject to a civil penalty of up to $1,100 per violation.

It is unknown at this time whether DOL will revise the mandatory Employee Rights Under the Fair Labor Standards Act notice (aka the federal minimum wage notice) to provide information on this new amendment – but don’t worry, we’ll keep an eye on it. The Employee Rights Under the FLSA notice is included on every All-On-One™ Labor Law Poster, as well as the federal “interview room” poster. We will also be monitoring DOL communications to see if the department issues any guidance on lingering questions surrounding the new law and the regulatory state.

To keep up with this and more federal, state, and municipal labor law and posting compliance news, you can follow CPC on social media, subscribe to our blog, or sign up for email updates.