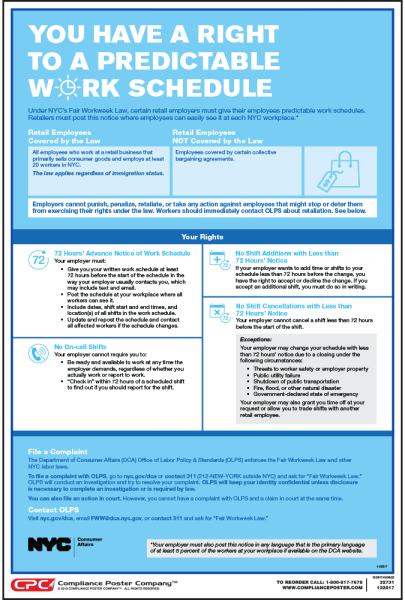 The Retail Fair Workweek Poster must be displayed at each New York City retail business.

On November 26, 2017 the City of New York implemented five laws that collectively have been referred to as the “Fair Workweek Law.” Under the new legislation, retail employers in New York City must give workers a 72 hours’ advance notice of work schedule and an updated written schedule if changes are made with less than 72 hours’ notice. Employers cannot make: