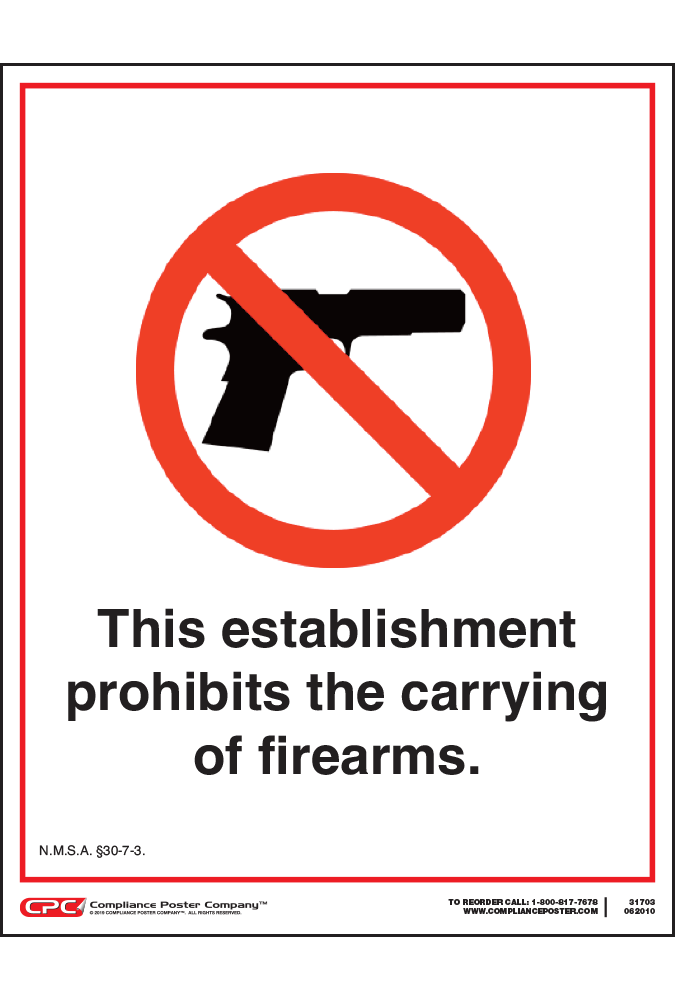 New Mexico law, prohibiting firearms in licensed liquor establishments, provides an exception for certain restaurants, unless the restaurant has posted the No Firearms sign. This poster provides notice of a firearm restriction for any business.