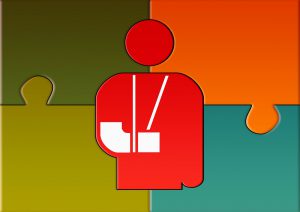 Starting December 01, 2016, workers’ compensation insurance rates in Florida are set to rise by an average of 14.5 percent statewide. The rate increase is intended to offset the impact of recent legally-mandated revisions to the Florida Workers’ Compensation Health Care Provider Reimbursement Manual, as well as two recent Florida Supreme Court decisions which overturned statutes stemming from a 2003 legislative reform of the workers’ compensation system.

Prior to these reforms, Florida had the highest rates in the country. The approximately 60 percent decrease in costs after the reforms brought them down to the 40th most expensive, although critics claim the reformed system was favorable to businesses and insurers but disadvantageous to injured employees to the extent that they required an attorney to navigate the complicated process.

This criticism informed the decision in Marvin Castellanos v. Next Door Company, which overturned the Florida law limiting attorney’s fees in workers’ compensation cases. Under the law, Mr. Castellanos’ lawyer was entitled only to a fee equal to 20 percent of his client’s $800 compensation benefit, receiving a total of $164.54 for the 107.2 hours of work he devoted to the case. According to Justice Barbara Pariente, “Without the likelihood of an adequate attorney’s fee award, there is little disincentive for a carrier to deny benefits or to raise multiple defenses,” as well as little incentive for an attorney to represent a worker with a valid claim. The court found the “reasonable” cap on attorney’s fees to be a violation of due process and therefore unconstitutional.

In Westphal v. City of St. Petersburg, the court also found a 104-week statutory limitation on temporary total disability benefits to be unconstitutional. According to Judge Pariente, workers who were still totally disabled and unable to work but had not reached the point of “maximum medical improvement” were deprived of necessary benefits as they no longer qualified for temporary disability, but were not yet healed enough to determine if they qualified for long-term disability. The brevity of the benefit period deprived these workers of a system of redress through the courts, and was therefore an unconstitutional denial of due process. The court’s decision caused the limitation on temporary disability claims to revert to that allowed prior to the overturned statute, more than doubling its length to 260 weeks.

The NCCI Steps In

According to the National Council of Compensation Insurance (NCCI), which requested the increase, the effect of these decisions combined is expected to raise system costs by anywhere from 13.8 to 37.5 percent. NCCI originally asked for a rate increase of 17.1 percent, which they raised to 19.5 percent after further consideration. The Florida Office of Insurance Regulation (OIR) rejected the high rate of increase, finding it to be excessive and unjustified.

The slightly lower increase of 14.5 percent, however, was suggested and approved by OIR, and will soon apply to all new and renewed policies. The rate increase will not apply to policies already in effect before December 01, so businesses in the common enrollment period of October and November will not see a rise in rates until next year. The 23.6 percent of Florida businesses who renew in January, however, will have to pay the price.

Organizations such as the American Insurance Association and the National Federation of Independent Businesses are already pushing for a legislative response to the recent court decisions and resultant rate increase. Others, such as the Florida Workers’ Advocates (FWA), agree that the rate increase is damaging while disagreeing that the rate hike was necessitated by the Florida Supreme Court decisions. FWA president Mark Touby criticized the OIR for failing to reject “the insurance industry’s secretive ploy for corporate welfare to line its own pockets, all while falsely blaming a workers’ compensation rate hike on two court rulings that don’t actually make a rate change necessary.”

It’s set to be a combative time in Florida, and you can definitely expect to see this issue come up when Florida reconvenes its legislative session in March of 2017. We’ll keep you updated.