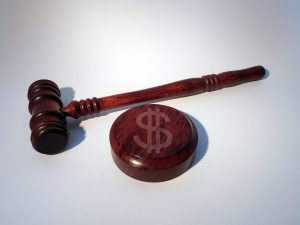 Last month the Third U.S. Circuit Court of Appeals ruled that the Fair Labor Standards Act (FLSA), which entitles non-exempt employees to overtime pay for hours worked in excess of 40, does not allow employers to offset unpaid overtime with paid meal breaks.

The plaintiffs in the case of Smiley v. E.L. DuPont de Nemours & Co. were employees of a DuPont plant in Pennsylvania who were required to spend 30 to 60 minutes each shift performing unpaid work-related activities such as donning and doffing uniforms and protective gear, and communicating with the incoming shift workers. DuPont provided these workers with one 30-minute meal shift as well as two non-consecutive breaks of 30 minutes each, which were counted as part of the employees’ 12-hour shifts. Although it was not required by federal law, DuPont paid the employees for these meal and break periods.

Seeking to recover overtime for the unpaid work periods, the employees filed a class action suit against DuPont. In response, DuPont argued that the pay provided for the break periods should serve as compensation for the unpaid overtime because the total of the paid break periods was always longer than the fluctuating unpaid work period. Thus, the employees were fully compensated for the time worked, even though the pay was not explicitly allocated for overtime.

The U.S. District Court for the Middle District of Pennsylvania agreed with DuPont’s argument, finding that the FLSA does not explicitly prohibit such an offset and therefore it is allowed under the law. The Third Circuit Court of Appeals, however, did not find that sufficient, noting that the FLSA explicitly allows “offsetting against overtime only with certain compensation that is statutorily excluded from the regular rate,” such as compensation provided by a premium rate paid for holiday or weekend work. The Court noted that the Act, while not specifically disallowing paid meal breaks from being used as compensation for overtime, does explicitly state that “no other types of remuneration may be so credited,” and that paid meal breaks are not listed among those types of remuneration which may be credited.

In addition, the Court pointed out that DuPont voluntarily included the paid meal periods in its calculation for the employees’ regular rate of pay as well as describing them on paystubs as part of the employees’ total hours worked each week. According to the Court, “non-productive work time,” such as meal breaks and rest periods, may be legally (as well as informally) considered “hours worked” if it as treated as such by both employer and employee. Under the FLSA, the payment given for such periods is included in the regular rate of pay unless it otherwise qualifies for exclusion under the explicitly-permissible categories discussed above.

In the Court’s majority opinion, Court Justice Rendell cited a letter from the Department of Labor stating that “[t]here is no authority for the proposition that compensation already paid for hours of work can be used as an offset and thereby be counted a second time” as compensation for other work, describing such a proposition as “creative bookkeeping” that undermines the purpose of the FLSA. The ruling by the Third Circuit Court of Appeals reversed the District Court’s decision and remanded it for further proceedings. We will provide an update when the matter returns to the inferior Court.