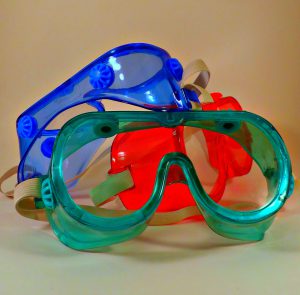 On January 18, the U.S. Department of Labor released its Final Rule establishing the civil monetary penalty amounts, adjusted for inflation, which can be issued by the various agencies under the DOL’s authority for violations assessed after January 13, 2017. These agencies include, among others, the Office of Workers’ Compensation Programs, the Wage and Hour Division, and the Occupational Safety and Health Administration (OSHA).

As previously reported, in 2016 OSHA’s penalty amounts increased for the first time since 1990, reflecting the increase in the cost of living in the intervening years. In order to maintain the desired deterrent effect, the penalty amounts will be adjusted each year based on changes to the Consumer Price Index for Urban Consumers (CPI-U), which from October 2015 to October 2016 increased by 1.01636 percent.

The 2017 maximum penalty amounts are as follows:

In its Final Rule, the DOL addressed the criticisms which have been raised by administrators of some State Plans regarding penalty amounts. Although the OSH Act mandates that State Plans must develop and enforce health and safety standards which are “at least as effective” as federal OSHA regulations, states such as North Carolina and New Mexico have argued that in order to require equal penalties, OSHA must present sufficient proof that increased penalty levels correlate with lowered injury levels and therefore have an impact on the “effectiveness” of regulations.

In response, the DOL redirected the burden of proof to Congress, quoting the rationale behind the 2015 Inflation Adjustment Act which mandated the penalty increases:  “Congress found that… ‘the power of Federal agencies to impose civil monetary penalties for violations of Federal law and regulations plays an important role in deterring violations and furthering the policy goals embodied in such laws and regulations.’” As such, in deference to Congress’ findings, “OSHA’s position has been and continues to be that State Plans must have maximum and minimum penalties that are at least as effective as OSHA’s.”

It remains unclear whether some of the hold-out states will accede to OSHA’s position and update their maximum penalty amounts in accordance with this latest increase, or challenge OSHA further. As many of these states include penalty amounts on their OSHA State Plan postings, we will continue to monitor the situation and keep you updated on the responses of adverse states and your responsibilities as an employer under state and federal law.