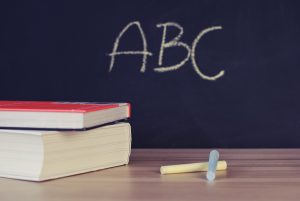 The Tennessee Court of Appeals recently affirmed the determination of the Tennessee Department of Labor and Workforce Development (TDOL), as well as a lower court, that dog groomers working for a Knoxville company were misclassified as independent contractors. The case serves as a reminder to employers in Tennessee and elsewhere to ensure that they meet state as well as federal requirements when determining whether a worker is an employee or an independent contractor.

The Tennessee Employment Security Law, which establishes an employer’s responsibility to pay unemployment insurance tax on covered employees, also provides what is known as the “ABC” test to determine if a worker does not meet the definition of “employee” and therefore is not covered by the law. In order to pass the test, a worker must fulfill part A, B, and C of the definition provided by § 50-7-207 (e)(1) of the Tennessee Code:

In the case of Concord Enterprises of Knoxville Inc. v. Commissioner of Tennessee Department of Labor and Workforce Development, the appellant was a company that, according to the owner’s testimony, was “in the business of grooming dogs.” It also trained student groomers and sold pet products related to grooming.

The workers in question set their own prices and were free to work where they wished. However, when they worked for Concord all services were performed at Concord’s place of business. In addition, the workers were employed as dog groomers (as well as occasionally selling Concord retail items) and therefore performed services “within the usual course of business” for Concord Enterprises. As such, the TDOL, the Chancery Court for Davidson County, and the Tennessee Court of Appeals all agreed that the workers did not fully pass the ABC test—namely, subsection B—and were therefore misclassified.

According to the majority opinion written by Chief Judge Swiney, “Specifically, under Clause (B), Concord had to prove that (1) the pet groomers performed their service outside of Concord’s place of business, or that (2) the pet groomers’ services were outside of the usual course of Concord’s business. Substantial and material evidence in the record on appeal reveals the opposite.” This included the testimony of Concord’s owner in which she confirmed that they were “in the business of grooming dogs,” despite a Concord’s later claim that “its business primarily is a school rather than a shop.” The Court held that Concord Enterprises is liable for unpaid unemployment tax for the misclassified employees.

Employers in Tennessee just got a firm reminder of their state’s specific requirements for legal classification of independent contractors, but this case can serve as a lesson for employers in other states to review local laws to ensure that all workers are properly classified. The U.S. Department of Labor’s Comparison of State Unemployment Laws can serve as a resource to determine which tests your state applies in its classification of employees versus independent contractors. Although  the current edition only reflects state laws enacted as of January 1, 2016, the Comparison is published annually.