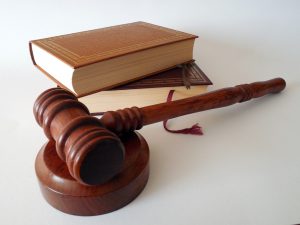 As we reported last week, citizens of Arizona city Flagstaff will get the chance in 2018 to decide whether to eliminate the “escalator” clause mandating that the municipal minimum wage remain $2.00 above state levels. It turns out, however, that the state minimum wage will undergo examination even sooner—and not by voters, but by the courts.

The November 2016 general election which established Flagstaff’s minimum wage also saw the passage of Proposition 206, a voter-led ballot initiative which raised Arizona’s minimum wage from $8.05 to $10.00 on January 1, 2017. Prop 206, passed into law as the Fair Wages and Healthy Families Act, also entitles employees state-wide to accrue and use paid sick time as of July 1, 2017.

Maricopa County Judge Daniel Kiley denied the request for a stay, stating that minimum wage and paid leave were sufficiently related that they were not required to occupy separate ballot measures. He also ruled that the Act was not in violation of the Revenue Source Rule because the Act did not directly require state expenditure, and because Arizona law specifies that the state is not required to spend money that it does not have. The plaintiff groups quickly filed a Petition for Civil Action with the Arizona Supreme Court.

On February 14, the Arizona Supreme Court accepted the petition and agreed to hear arguments on the case. Those hoping for dissolution of the Fair Wages and Healthy Families Act will be disappointed, however, as the Court ordered the plaintiffs to limit their arguments to the Revenue Source Rule. In effect, this means that even if the Supreme Court sides with the plaintiffs, the only employers likely to be affected are state contractors.

The Arizona Supreme Court will hear oral arguments on March 9, 2017. In the meantime, private employers still have hope: the Arizona Legislature is eyeing a measure that would repeal the Voter Protection Act, which prohibits lawmakers from changing laws passed by voters unless the alterations further the intent of the law. The bill, as well as several others which would make it more difficult for voter initiatives to end up on a ballot in the first place, is likely inspired by the success of the minimum wage measure, as well as other controversial voter initiatives such as the unsuccessful bid for recreational marijuana.

We will continue to monitor the responses of the Legislature and Supreme Court to keep you up to date on the fate of the minimum wage. Follow us on Facebook or Twitter to keep up with the latest news.