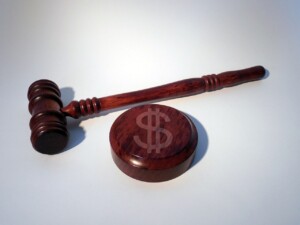 Although budget battles with Governor Doug Burgum and the ramp-up to medical marijuana stole headlines, several bills passed during North Dakota’s 2017 legislative session signaled the state’s  increased commitment to ensuring care for injured workers – without raising premiums for employers who fulfill their existing obligations under the law. Effective August 1, 2017, two laws go into effect which will broaden the ability of North Dakota Workforce Safety and Insurance (WSI) to levy penalties against employers who do not obtain sufficient workers’ compensation coverage for their employees.

Senate Bill 2094 raises the financial stakes for employers who attempt to avoid premium payments by either failing to secure workers’ comp coverage, or by misrepresenting the amount of payroll on which their premium is based. Originally set at $2,000, this civil penalty will increase to $5,000. The employer will also remain liable to the state for three times the difference between the premium amount which was paid and the premium amount the employer should have paid. However, the premium due threshold at which an employer is guilty of a class C felony, rather than a class A misdemeanor, for failure to secure coverage has been raised from $500 to $1,000. (A separate law, HB 1086, also raises the threshold at which an employee is guilty of a class C felony for making a false claim for workers’ compensation benefits to $1,000. This law also goes into effect August 1.)

SB 2094 also creates a new cause of action by establishing that it is a class A misdemeanor for an employer to make a false statement in order to prevent an injured worker from securing benefits. An employer who is convicted under this statute may be liable for the cost of the investigation against them, and is also subject to a civil penalty of $5,000.

House Bill 1137 empowers WSI to issue an order to cease and desist and a notice of opportunity for hearing to an employer who is found to be operating without workers’ compensation coverage. If the employer does not request a hearing within 30 days, the order is final and cannot be appealed. If a hearing is requested, the cease and desist order will remain in effect until the hearing officer renders a decision.

The bill also establishes a new civil penalty of $10,000 for any person who violates the cease and desist order, as well as a penalty of $100 per day for each day the violation continues. These penalties will be issued in addition to the $5,000 penalty for failing to secure workers’ compensation coverage.

Neither bill is anticipated to have a significant impact on statewide premium rate levels.