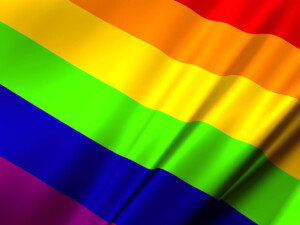 On February 26, 2018, the 2nd Circuit Court of Appeals became the second federal appeals court to hold that sexual orientation discrimination is sex discrimination under the federal law which prohibits employers from making employment decisions based on sex. The 10-3 decision follows on the heels of the 7th Circuit, which in 2017 became the first federal court of appeals to affirm such a reading of the civil rights statute. In a decision the same year, the 11th Circuit held that discrimination on the basis of sexual orientation is not prohibited by federal law.

Under Title VII of the Civil Rights Act, it is an unlawful employment practice for an employer

to fail or refuse to hire or to discharge any individual, or otherwise to discriminate against any individual with respect to his compensation, terms, conditions, or privileges of employment, because of such individual’s race, color, religion, sex, or national origin… (Title 42 U.S.C. Section 2000e-2.a)

The law specifies that “because of sex” includes “pregnancy, childbirth, or related medical conditions” but does not provide much more guidance on the traits or aspects which may encompass “sex,” or the extent to which sex must factor into an employment decision for it to be considered “because of” sex.

The Civil Rights Act was written in 1964, when the major sex-related issue on lawmaker’s minds was male employers overtly refusing to hire women, hiring women only for certain positions, or paying women significantly less than men for the same work. In the time since, societal understanding of sex and gender, sexuality, and subtler forms of discrimination has evolved, and so has legal understanding of the applicability of Title VII. For example, sexual harassment was not originally understood to fall under Title VII’s definition of discrimination “because of sex,” nor was harassment or discrimination that occurred between members of the same sex.

In 1989, the U.S. Supreme Court determined that sex discrimination is not simply a blanket refusal to hire or promote all members of one gender or the other. It also includes discrimination on the basis of sex stereotyping, i.e. the belief that traits or behaviors may be appropriate or inappropriate depending on whether the person displaying them is a man or a woman. The majority opinion states that, “In the specific context of sex stereotyping, an employer who acts on the basis of a belief that a woman cannot be aggressive, or that she must not be, has acted on the basis of gender” (Price v. Waterhouse). 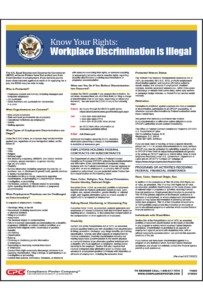 EEOC currently holds that Title VII forbids employment discrimination based on sexual orientation in both the federal and private sectors.

The Latest from the Second Circuit

In the New York-based case Zarda v. Altitude Express, the plaintiff alleged that he was fired after he disclosed his sexual orientation to a client. In his EEOC complaint and subsequent federal filings, he claimed that he had been discriminated against on the basis of both his sexual orientation and his gender. (Plaintiff Zarda is now deceased, and subsequent filings have been carried out by his estate.) Last year, a three-judge panel for the 2nd Circuit held that Title VII does not cover sexual orientation discrimination, but the court reversed itself after agreeing to review the case with all judges present.

In its majority opinion, the court found that “the most natural reading” of Title VII’s prohibition against sex discrimination is that the statute encompasses discrimination on the basis of sexual orientation, “because sexual orientation is a function of sex and sex is a protected characteristic under Title VII.” By definition, a person’s sexual orientation is determined by both their own gender and the gender of the person or people they are sexually and romantically attracted to; “a ‘gay’ employee is simply a man who is attracted to men.” As such, firing an employee who is attracted to men because the employee is himself a man is “a decision motivated, at least in part, by sex.”

The ruling draws from the arguments built in Price v. Waterhouse and Baldwin v. Dep’t of Transportation to argue further that discrimination on the basis of sexual orientation is prohibited under Title VII not just as sex qua sex, but also as a form of gender stereotyping and associational discrimination. Regarding stereotyping, the 2nd Circuit majority paraphrases  the Supreme Court decision:

Applying Price Waterhouse’s reasoning to sexual orientation, we conclude that when, for example, “an employer . . . acts on the basis of a belief that [men] cannot be [attracted to men], or that [they] must not be,” but takes no such action against women who are attracted to men, the employer “has acted on the basis of gender.”

For its discussion of associational discrimination, the 2nd Circuit opinion goes all the way back to the landmark 1967 Supreme Court case Loving v. Virginia, which struck down anti-miscegenation statutes across the nation with its finding that such laws violated the Equal Protection Clause of the Constitution.  Arguing against the defense that sexual orientation discrimination does not violate Title VII because an anti-gay employer “requires both men and women to refrain from same-sex attraction or relationships,” the majority refers to “Loving ‘s insight – that policies that distinguish according to protected characteristics cannot be saved by equal application” and finds that this “extends to association based on sex.”

What Employers Need to Know

Each of the three states covered by the 2nd Circuit – Connecticut, New York, and Vermont – already prohibit employment discrimination on the basis of sexual orientation under state law, so employers in these states won’t see any changes from this decision.

It may, however, pave the way for similar Title VII claims in other jurisdictions. In particular, the three-pronged attack launched by Chief Judge Katzmann in his majority opinion – that sexual orientation discrimination is 1) discrimination “because of sex”, 2) sex discrimination by way of sex stereotyping, and 3) associational sex discrimination – allows claimants fertile grounds to convince a court. Along with the minority of three dissenting opinions, the decision warranted multiple concurrent opinions which, while objecting to some claims from the majority, ultimately agreed with the judgment that Title VII covers sexual orientation under one prong or another, if not all three.

With the 2nd Circuit now joining the 7th in its reading of Title VII sex protections, the argument  is now two steps closer to a Supreme Court showdown, which has obvious national implications. The Court declined to consider a similar case during its 2017-2018 term, but a burgeoning circuit split may force its hand.

CPC will continue following this issue through the courts. To keep up with this and other labor law news, follow us on social media or subscribe to our blog.