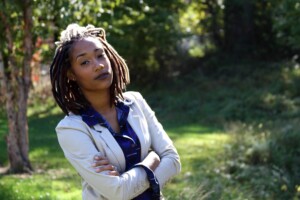 The New York City Commission on Human Rights (NYCCHR) has released new enforcement guidance to let businesses covered by the city’s Human Rights Law know that the agency understands racial discrimination to include discrimination on the basis of hair style or texture.

The guidance document specifically focuses on grooming or appearance policies which “ban, limit, or otherwise restrict natural hair or hairstyles associated with Black people,” although the commission warns that policies which adversely affect members of other racial or ethnic groups or other protected classes are also against the law.

Although the Equal Employment Opportunity Commission (EEOC), which enforces federal anti-discrimination law, argues that racial discrimination encompasses “cultural characteristics related to race or ethnicity,” courts have largely rejected claims that employment policies which ban specific hair styles or require hair to conform to a specific definition of neatness are a form of racial discrimination. Most recently, in 2018 the Supreme Court declined to hear a case involving a Black job applicant who was told that she would not be hired because she wore her hair in locs (commonly known as dreadlocks), a hairstyle which the hiring agent considered “messy.”

In its decision on the case, the 11th Circuit Court of Appeals found that Title VII of the Civil Rights Act of 1964 only prohibits discrimination based on “immutable traits” of race, such as physical characteristics, rather than cultural characteristics which may be commonly associated with race. Therefore, the Court found, a policy against a specific hair style is not discriminatory because individuals can change their hair styles.

While Title VII prohibits discrimination in employment “because of [an] individual’s race,” the text of the New York City Human Rights Law prohibits an employer from discriminating against an employee or applicant “because of … the actual or perceived [emphasis added]… race” of the individual. Accordingly, NYCCHR grants significantly more credence to cultural signifiers of race (i.e. traits or characteristics which are, or are perceived to be, associated with a specific race) and to race as a cultural or social identity rather than a biological fact.

NYCCHR’s guidance argues that there is a “strong, commonly-known racial association” between Black people and specific hair styles such as “twists, braids, cornrows, Afros, Bantu knots, fades, and/or locs,” and states that “employers are assumed to know of this association” when they institute policies which prohibit those hair styles. For those who do not know, the guidance document provides some background information on hair styles associated with Black people (including a history of the term “dreadlocks”) as well as “natural hair” in the context of Black culture.

The agency states that a characterization of Black hair styles as unprofessional, “unhygienic, messy, disruptive, or unkempt” is “fundamentally racist” and imposes an undue burden on Black employees, including significant risks to their psychological and physical health. 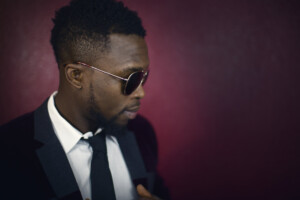 NYCCHR considers policies which ban or limit hair styles associated with Black people to be in violation of the NYC Human Rights Law whether the ban is explicit (i.e., a ban on the hair style known as an Afro) or implicit (i.e., a ban on hair which extends beyond a certain length from the scalp, which in practice would ban Afros). NYCCHR also cautions employers against policies which would in practice require Black employees to alter their hair’s natural texture in order to conform to the employer’s standards of neatness or professionalism, as well as policies which are facially neutral but discriminatorily applied.

Covered employers are also prohibited from harassing, imposing unfair conditions, or otherwise discriminating against employees based on aspects of their appearance associated with their race. Examples of prohibited behavior include requiring Black employees to hide their hair or hair style with a hat or restricting a Black employee from a customer-facing job unless they change their hair style. The NYC hair discrimination guidance reminds employers that they may not enact discriminatory policies in order to promote a specific corporate or brand image, or to suit a real or assumed customer preference.

Employers also cannot restrict natural hair or hair styles due to health and safety concerns which are purely speculative. For employers whose grooming policies are based on legitimate health and safety concerns, such as food service establishments or industries which require special protective equipment, NYCCHR requires policy-makers to consider alternative methods such as requiring the use of hair nets or “alternative safety equipment that can accommodate various hair textures and styles,” prior to imposing restrictions on employee hair styles.

Although the new guidance document focuses on hair-related policies that predominantly affect Black employees, NYCCHR notes that hair discrimination that adversely affects members of other protected classes is also prohibited:

Examples of religious, disability, age, or gender based discrimination with respect to hair include: a Sikh applicant denied employment because of his religiously-maintained uncut hair and turban; an Orthodox Jewish employee ordered to shave his beard and cut his payot (sidelocks or sideburns) to keep his job; a Black salesperson forced to shave his beard despite a medical condition that makes it painful to shave; a 60 year-old employee with gray hair told to color their hair or lose their job; or a male server ordered to cut his ponytail while similar grooming policies are not imposed on female servers.

Employers covered by the NYC Human Rights Law are encouraged to evaluate workplace grooming or appearance policies to ensure that they are in compliance with the law. The anti-discrimination provisions of the law also apply to housing providers and places of public accommodation. The enforcement guidance from NYCCHR provides examples of discriminatory policies which are prohibited for these entities.

To keep up with the latest in federal, state, and local labor law news and posting compliance, follow us on Facebook, LinkedIn, or Twitter or subscribe to this blog! You can also contact us by phone, via email, or by chat to order one of CPC’s signature labor law compliance products or learn more about posting obligations.

Please keep in mind that we are unable to provide legal advice.