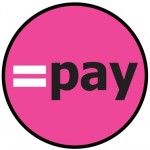 Currently, Labor Code 1197.5 prohibits an employer from paying an employee a wage rate less than the rates paid to employees of the opposite sex ”in the same establishment for equal work.”  The Fair Pay Act changes the term “equal work” to “substantially similar work.”  The “substantially similar work” standard requires analyzing the work “as a composite of skill, effort and responsibility, and performed under similar working conditions.”  The Fair Pay Act also eliminates the requirement that the wage differences exist in the same establishment, allowing the comparison of wages from different work locations.  As before the Fair Pay Act, wage differences may still be explained by a seniority system, a merit system, the quantity or quality of production, or a bona fide factor other than sex, but the employer will now have the burden of proving it used, and reasonably applied, such factors to account for the entire wage differential.

The Act authorizes employees to discuss their own wages and the wages of others and inquire about another employee’s wages.  To enforce their rights, employees may file a complaint with the Division of Labor Standards Enforcement or file a civil action against their employer.  If the claim is successful, they can recover lost wages and work benefits, interest and litigation expenses.  Finally, the increases an employer’s recordkeeping requirements concerning employees’ wages, job classifications and the terms and conditions of their employments from two years to three.