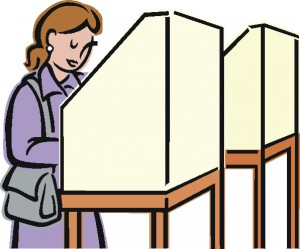 The recent and upcoming presidential primary elections are making vibrant headlines around the country. On Tuesday, November 8, 2016 voters will elect a new president. Most election days fall on a Tuesday, which has many workers and employers wondering what the law in their state is regarding time off to vote. The laws of almost every state require employers to allow employees to take time off work to vote. In some states that leave may be paid, in others it is unpaid leave. Typically, time off to vote is limited and applies only when an employee’s work schedule does not allow sufficient time to vote either before or after their work shift.

In 22 states, employees must be paid for time spent voting. Most of these states’ paid time-off-to-vote laws require employees to give prior notice of the need for leave and allow employers to specify the hours employees may use for voting.  These laws may also be conditioned on a work schedule that would otherwise prevent the employee from voting. Proof of voting may be required.

The amount of paid time off varies. In Minnesota, Nevada, and Texas, employers must provide a reasonable amount of paid time to vote subject to certain restrictions.  Many states require employers to provide employees up to two hours paid time off to vote.  These include Alaska, California, Hawaii, Kansas, Maryland, Nebraska, New Mexico, New York, Oklahoma, South Dakota, Utah, and Washington.  Arizona, Colorado, Iowa, Missouri, Tennessee, and West Virginia require up to three hours of paid voting leave. Wyoming provides for one hour.

States with No Voting Leave Laws

In some states, employers that violate time-off-to-vote laws risk fines or even jail sentences for interfering with an employee’s right to vote. Flexible scheduling and providing voluntary leave are ways employers can promote civic involvement with minimal disruption of the workday.