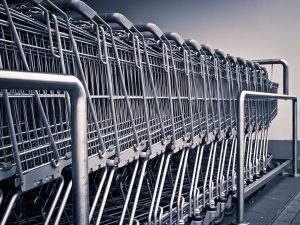 North Dakota’s Sunday Closing Law makes it a class B misdemeanor to “conduct business or labor for profit” or to “operate a place of business open to the public” on Sundays between the hours of midnight and noon, and a class A misdemeanor for property or franchise owners to require a retail business to be open on Sunday as part of a lease or franchise agreement.

There are exemptions written into the law for the operation of necessary services like hospitals, industrial businesses where continuous processing or manufacturing is required, and recreational industries such as zoos and amusement parks. The law also allows persons who observe a day other than Sunday as the Sabbath (such as Seventh Day Adventists)  to conduct business on Sunday morning, so long as they do not conduct business between midnight and noon on the day of their observed Sabbath.

House Bill 1163, which calls for a full repeal of the Sunday Closing Law, originally failed due to opposition from representatives citing concern for workers and the desire to maintain an enforced “off” time for families, as well as those who want the law to remain on religious grounds. However, the House allows a bill to be re-introduced by a representative on the prevailing side of the vote within 24 hours of its failure. Representative Keith Kempenich, who originally voted against the bill, chose to revive it within the required time frame, stating “We should let this be up to individuals.” Along with Kempenich, three other representatives also flipped their vote, allowing HB 1163 to pass the House.

The North Dakota Legislature began its mid-session break on February 23. When they reconvene on March 1, the “crossover” period during which each branch of the Legislature considers bills passed by the other half will begin. It remains to be seen whether HB 1163 will make it through the Senate and onto the governor’s desk, but its close victory on the House floor points to shifting attitudes among North Dakota legislators.

We here at CPC will keep you posted on the progress of this bill through the legislative process. Follow us on Facebook or Twitter, or subscribe to our blog, to keep updated on the latest news.