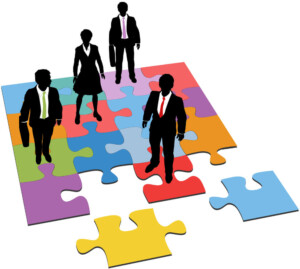 Preparing weekly work schedules is often like solving a puzzle. It means forecasting demand, controlling payroll, and taking into account employee availability. This makes scheduling in industries that have frequent call outs, high turnover rates, or seasonal livelihoods, such as the retail or restaurant industries, particularly tricky.

Employee scheduling is also affected by limitations and restrictions found in the law. In California, a trio of statutory provisions pertaining to the “one day’s rest in seven” rule was recently considered by the California Supreme Court in Mendoza v. Nordstrom Inc. Although the decision affirms scheduling practices that many employers already have in place, it also means informing employees of their entitlement to rest days and taking a neutral posture should an employee volunteer to work more than six consecutive days.

In Mendoza, the Supreme Court was responding to three questions:

Does the “day of rest” rule apply to a defined seven-day workweek or on a rolling basis for every consecutive seven-day period?

California Labor Code section 556 makes an exception to the day of rest requirement “when the total hours of employment do not exceed 30 hours in any week or six hours of any one day thereof.”

To answer this question, the Court examined the syntax of the statute together with scheduling outcomes that would give effect to the weekly limit of 30 hours and the daily limit of six hours. The Court also gave weight to the state labor law agencies’ interpretations of the six-hours-or-less daily exception. The Court held that one day of rest must be provided if on any day of the workweek the employee works more than six hours. If the employee works less than 6 hours each day of the week, and less than 30 hours per week, the day of rest exception applies.

What does it mean for an employer to “cause” an employee to work more than six days in seven?

California employers are encouraged to review their scheduling practices in light of the Mendoza decision. Employers should be aware that scheduling restrictions are not limited to any particular industry and apply to both exempt and nonexempt employees.