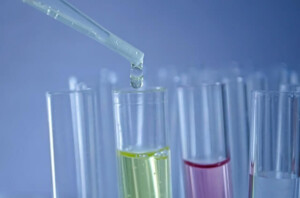 Reminder to Maine employers! Starting February 1, 2018, employees and applicants aged 21 and over are protected from discrimination on the basis of their marijuana usage outside of the workplace. Under state law, employers cannot refuse to employ a person “solely” on the basis of their “consuming marijuana outside of the… employer’s… property.” Schools and landlords are similarly prohibited from discriminating against an individual based on their use of marijuana outside of the school’s or landlord’s property.

Maine’s recreational marijuana law was approved by voters during the 2016 general election, along with a measure to increase the state’s minimum wage. The law allows for the “possession and use of marijuana by a person 21 years of age or older,” and also provides for a retail structure for recreational marijuana, including licensure of facilities for cultivation, testing, manufacturing, and sale of marijuana products. The state has not yet passed the necessary regulations to allow for the retail sale of marijuana, but provisions covering personal use, possession, and cultivation went into effect last year.

Maine is the eighth state to legalize recreational marijuana sales, but the first to explicitly prohibit employers from firing or refusing to hire a person due to their off-site recreational marijuana use. The law does specify that the anti-discrimination provision “does not affect the ability of employers to enact and enforce workplace policies restricting the use of marijuana by employees or to discipline employees who are under the influence of marijuana in the workplace.”

Proving that an employee was under the influence while working will, however, become more difficult. Unlike many other substances which are flushed out of an individual’s body relatively soon after use, such as alcohol, marijuana can remain in a person’s system for days or even weeks after it was consumed. As such, a Maine Department of Labor (MDOL) spokesperson confirmed to lawmakers last year that, under the current law, a drug test which confirms the employee’s use of marijuana alone will not be considered sufficient proof that the employee was under the influence while working.

Employers who wish to enact a drug testing program are required to gain policy approval from MDOL, and the agency provides policy guidance here. Employers with questions about testing policies under the new law should consult with MDOL or with the Maine Department of Agriculture, which enforces the recreational marijuana law.

State Senator Amy Volk introduced a bill in late January which would loosen current restrictions on employer drug testing policies, including removing probable-cause requirements. While the proposal has the support of MDOL, a representative from the Maine Human Rights Commission raised concerns that the bill could open employers up to claims of discrimination from employees with disabilities who exhibit behaviors resembling impairment, or potentially violate the Maine Human Rights Act.

CPC will continue to follow this bill as it moves out of committee and through the legislature, as well as all other laws and regulations which may affect employer rights and responsibilities in Maine.

To keep up with the latest in labor law news and posting compliance, follow us on Facebook, LinkedIn, or Twitter or subscribe to this blog! You can also contact us by phone, email, or chat to order one of CPC’s signature labor law compliance products or learn more about your company’s individualized posting obligations.

Please keep in mind that we are unable to provide legal advice. If you have a question about how labor law applies to a specific workplace situation, please consult your local labor department or an employment lawyer.