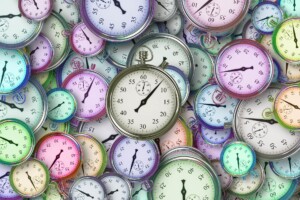 Three years after employers began preparing to raise salary thresholds for employees to qualify as exempt from overtime pay requirements, the time may have finally arrived. On March 22, 2019, the U.S. Department of Labor (DOL) published the “Defining and Delimiting the Exemptions for Executive, Administrative, Professional, Outside Sales and Computer Employees” Proposed Rule in the Federal Register. DOL proposes to set the salary threshold for exemption higher than the current rate of $455 per week, although not to the peak set forth under the Obama Administration.

Employers and other interested parties have until May 21, 2019 to submit comments on the Proposed Rule.

What is the Salary Threshold for Overtime Exemption?

The federal Fair Labor Standards Act of 1938 (FLSA) requires most covered employees to be paid one-and-one-half times the employee’s regular rate for hours worked over 40 in a workweek (29 U.S.C. § 207). However, the law provides an exemption for workers who are employed in a bona fide executive, administrative, or professional (EAP) capacity. The law also grants DOL the authority to “define and delimit” these exempt categories through regulation.

Since 1949, DOL regulations have combined a duties test with a minimum salary level intended to “screen out the obviously nonexempt employees.” The salary test assumes that employees who qualify as an executive, administrator, or professional will generally enjoy privileges which compensate for a lack of overtime pay, including a salaried rather than hourly status and significantly higher compensation than lower-level workers.

Under regulations currently in effect, covered employees must meet the duties test for their exemption category and be paid on a salary or fee basis at a rate of not less than $455 per week to be exempt from overtime requirements. This salary threshold was established in 2004, prior to a series of increases to the federal minimum wage.

The new rule would the federal salary threshold for overtime exemption at $659 per week (or $35,308 per year) for executive, administrative, and professional employees. The same rate would also apply to outside sales and computer employees. A slightly lower threshold is proposed for EAP employees in U.S. territories with lower minimum wage rates: $455 per week for Puerto Rico, Guam, Northern Mariana Islands, and Virgin Islands; and $380 per week in American Samoa.

The proposed rule also increases the salary threshold for Highly Compensated Employees to $147,414 per year. The weekly threshold for covered employees in the motion picture industry would increase to $1,036 per week, or a proportionate amount based on the number of days worked.

DOL’s  supplementary text points out that, “If left unchanged, the effectiveness of the salary level test as a means of determining exempt status diminishes as nonexempt employee wages increase over time.” As such, DOL intends to update the minimum salary threshold exemption and Highly Compensated Employee exemption every four years to ensure that they maintain their effectiveness.

If approved, the new overtime rule is likely to go into effect in January of 2020. Stakeholders can submit comments on the proposed overtime regulations here through May 21, 2019. In particular, DOL requests stakeholders to share their opinions on the lower salary thresholds for U.S. territories and the motion picture industry rate.

DOL has also issued new proposed rules for calculating an employee’s regular rate of pay, which affects overtime calculations, and for defining joint employer status. Check back in with CPC to learn more about these important employment issues.

To keep up with the latest in federal, state, and local labor law news and posting compliance, follow us on Facebook, LinkedIn, or Twitter or subscribe to this blog! You can also contact us by phone, via email, or by chat to order one of CPC’s signature labor law compliance products or learn more about posting obligations.

Please keep in mind that we are unable to provide legal advice.