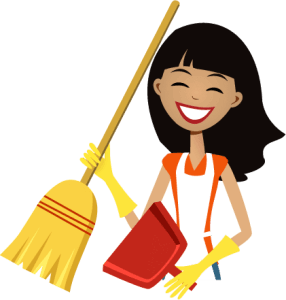 Who is a Domestic Worker Under the Law?

The term “domestic workers” is expansive. The term applies to individuals paid to provide domestic services to an individual or household in or about a private home as a nanny, house cleaner, home care worker, gardener, cook, or household manager.  The term includes hourly and salaried employees, independent contractors, full-time and part-time workers, and temporary workers. The ordinances do not cover the following:

Domestic workers in Seattle have the right to be paid at least Seattle’s Minimum Wage rate.  Currently, a worker who works for a small employer and who does not receive medical benefits must be paid a minimum wage of $15.00 per hour.

Live-in workers are entitled to an unpaid 24-hour period of consecutive rest after working more than six consecutive days for the same hiring entity.

Hiring entities may not keep a domestic worker’s original documents or other personal effects (e.g. passport).

The Domestic Workers Ordinance also provides for the creation of the Domestic Workers Standards Board which will operate as a forum for hiring entities, domestic workers, worker organizations, and the public to share experiences and make recommendations to the City to better meet the needs of domestic workers and hiring entities. Topics will include training, wage standards, access to paid sick and family leave, workers’ compensation, and outreach and enforcement strategies.

The second ordinance Seattle passed broadens coverage of the City’s law against unfair employment practices to cover domestic workers and hiring entities. Given the isolated nature of the work environment, domestic workers are particularly vulnerable to inappropriate behavior, including sexual harassment. Domestic workers, many of whom are women, immigrants and people of color, who experience discrimination may not know how to seek recourse or may be afraid to speak out or complain. The law will now protect domestic workers from discrimination or harassment based on a protected class and protect them from retaliation for filing a complaint.

The Seattle Office of Labor Standards is expected to develop a model notice of rights and pay information that hiring entities may provide to domestic workers. The Office has also developed a Q&A fact sheet about domestic workers rights. For more information, visit Seattle’s Domestic Workers web page here.