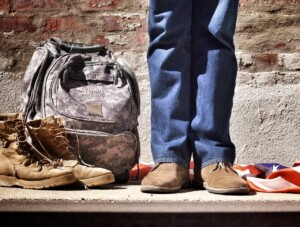 Veterans Day won’t be observed until November 11, but veterans are already having their day in the state of Tennessee! As of March 22, 2017, private employers who wish to establish a preferential hiring policy for veterans may do so under a new state law. Although a similar bill failed back in 2015, during the 2017 session the bill was unanimously approved in both the House and the Senate of the Tennessee Legislature. It went into effect immediately upon signature of Governor Bill Haslam.

Public Chapter No. 9 establishes the right of a private employer to adopt an employment policy that gives preference in hiring to honorably-discharged veterans, as well as to the spouses of specified veterans. This category includes the spouse of a veteran with a service-connected disability, the widow or widower of a veteran who died of a service-connected disability, and the widow or widower of a U.S. service member who died in the line of duty, so long as the widow or widower has not subsequently remarried. Employers are authorized to request the submission of Department of Defense Form 214, which certifies release or discharge from active duty, in order to verify the eligibility of qualified applicants.

Prior to the passage of this law, Tennessee had an established preferential hiring system for veterans who apply for state employment: honorably discharged veterans, as well as the spouses of specified veterans, receive “preference points” in addition to their earned ratings in state examinations for career service. Veterans who are disabled, or who served during certain specified periods or military campaigns, also receive preference in hiring by the Federal government.

However, private employers who wished to establish a veterans’ preference employment policy were vulnerable to Title VII claims, as the Equal Employment Opportunity Commission (EEOC) has long viewed such policies as “overwhelmingly” advantageous to men due to women’s historically low representation within the armed forces. While veterans’ preferences that are created by law are explicitly shielded from Title VII challenges, voluntarily adopted veterans’ preferences are not, and may violate Title VII by virtue of having an unprotected adverse impact on the employment opportunities of women. (The EEOC’s Policy Guidance on Veterans’ Preference Under Title VII does state that “The presumption [of violation] may be rebutted, however, where an employer shows that the preference does not adversely affect female applicants or employees.”)

Although Public Chapter No. 9 does not require employers to adopt a veterans’ hiring policy, its status as a “state… law creating special rights or preference for veterans” means that those who do decide to adopt such a policy will not be subject to Title VII claims. The new law also provides additional protections, stating that “The preferences authorized by this section are not considered violations of any state or local equal employment opportunity law.”

Employers who wish to adopt a preferential employment policy for veterans are required to state their policy in writing, and to apply this preference uniformly to employment decisions related to both hiring and promotion.