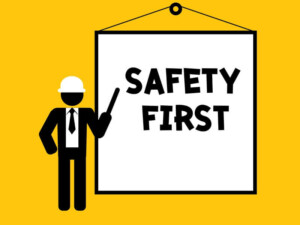 Most California businesses don’t need the prospect of stiff Cal/OSHA penalties to maintain safe and healthful workplaces. Most make occupational health and safety an ongoing priority. Still, there are many businesses that deliberately disregard occupational safety and health standards, cut corners, and tolerate unsafe practices putting their employees at risk of serious illness, injury or even death. This year, California’s legislature is taking on businesses that violate workplace safety standards by approving hefty increases in Cal/OSHA penalty amounts.

The 2015 federal law also included the requirement that the U.S. Department of Labor (DOL) adjust OSHA penalties every year for inflation. The first adjustment for inflation went into effect on January 13, 2017. The DOL will announce the next adjustment in January 2018. Federal maximum penalties have increased as follows:

When the federal OSHA “catch up” penalties went into effect, states operating OSHA-approved state occupational safety and health programs had six months to adopt a penalty structure as effective as federal OSHA’s. Many states failed to meet this deadline, California included.

Cal/OSHA’s penalty structure is still lags behind federal OSHA, but California law also requires penalty amounts to be adjusted for inflation every year. Cal/OSHA has informed us that its penalties will increase again in January, 2018, when federal OSHA makes its next penalty adjustment.

Cal/OSHA has informed us that the Cal/OSHA Job Safety and Health posting will be updated with 2017 penalty amounts in December. We expect the workplace posting to be revised again in January when penalty amounts are adjusted for inflation. CPC’s California All-On-One™ Labor Law Posters will be updated to reflect these changes, along with other California mandatory posting changes that are anticipated later this year.